It was a chill day. Woke up a bit late for breakfast. No scheduled trips in the early morning so after having my usual food, I grabbed my book. I lounged under a coconut tree in front of the ocean while I feed my eyes with words. I can never grow tired of hearing the soothing sound of the waves while the calm breeze touched my face and the turquoise water brightened more the day. 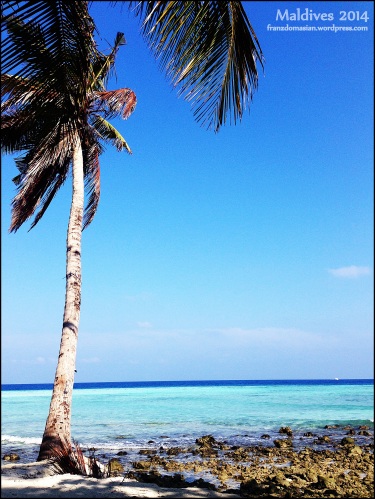 We were set to have lunch at another island. At around 10AM, we walked to the dock for yet another speedboat trip. We were separated into two speedboats and I happened to ride in the one without a roof on. The sun was hitting my bare skin. I got nervous when the local driver maneuver the vehicle like a drag racer through the Indian Ocean! I was pretty much sure we’re falling off any minute! Didn’t have the courage to take out my camera or my phone after taking one picture.

That felt like a scene in an action film (minus the guns and the bad men). It took us 15-20 minutes to reach Maadhoo Island — or what’s more popularly known as Picnic Island. We paid around 11 USD as entrance fee.

The men from Arena Beach brought and grilled our food. It took a while until the food is ready and we were a bit lazy (since we have the whole afternoon in the island) to roam around. Half of the group went out while some of us stayed under the shed of big trees. We killed time by teaching our Australian colleague some Filipino children games!

After lunch, we went out to swim. It was love at first sight! My words won’t be able to describe enough the wonder of this place. It was very serene. The water is very, very clear and the sand is finer than what we’ve seen in Sexy Beach. Waves are so calm. When photographed, the sea looked like an infinity pool. It was heaven! 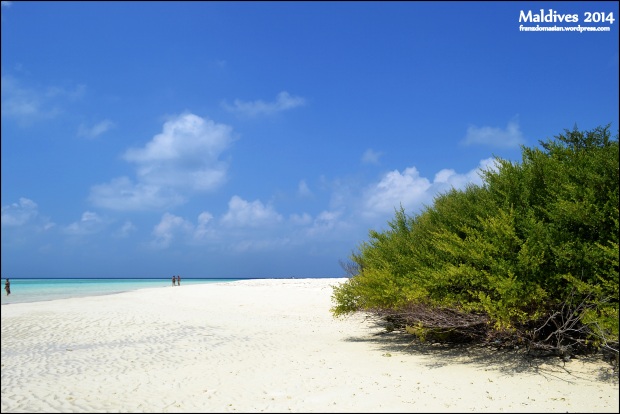 Time seemed to stand still while we were in Maadhoo. We never cared about the time. Only the sun’s movement was our sign that it’s time to go back to Maafushi. But of course, we took a lot of photos first while having the time of our lives! 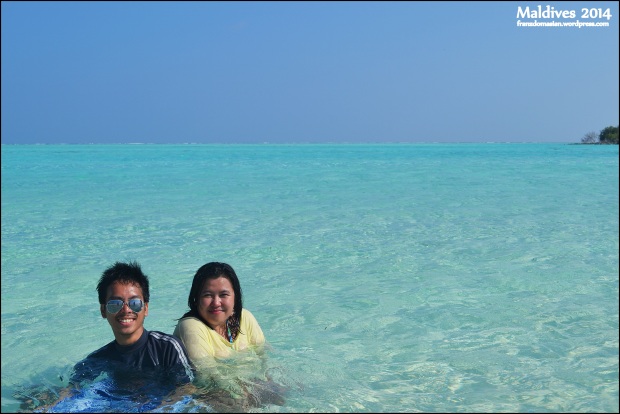 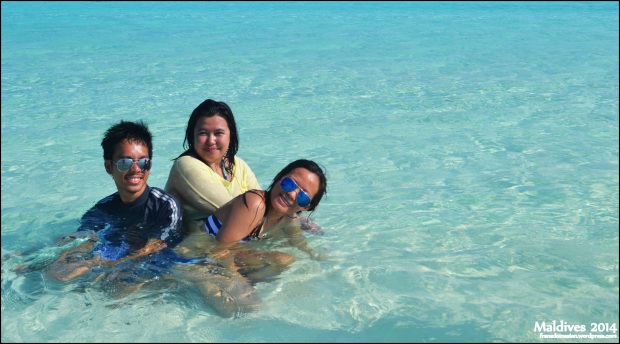 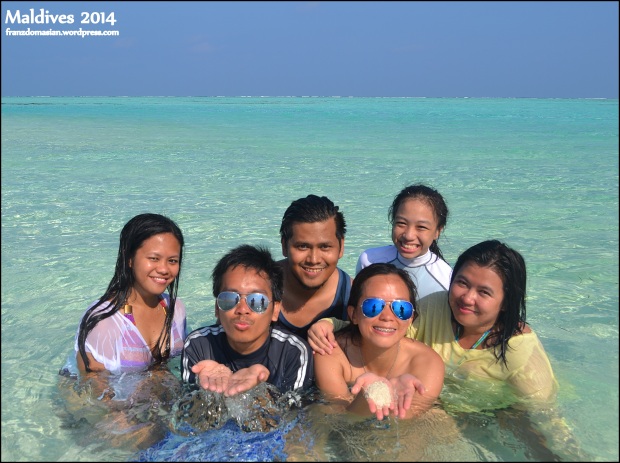 We still have two days left in Maldives but I knew right then that that was the highlight of my trip.

The next day, we checked in at a resort island called Fihalhohi. Trip’s almost close to its end.